Around the mid-Fifties, a new generation of artists emerged in The Netherlands, adding a new chapter to the development of abstract geometric art. Artists such as Joost Baljeu, Bob Bonies, Ad Dekkers and Peter Struycken are of real significance in this field, on a national as well as on an international level. Nel Haringa and Fred Olijve are also part of this remarkable chapter in the history of Dutch art. Not only because of their oeuvre but also because of their personal ties with Joost Baljeu and Bob Bonies. Their contribution bridges the gap between the historical roots of abstract art and the present.

The essence of the inspirational source, as reflected in their various bodies of work, also displays a highly personal and original vision in regard to form and colour as well as to the use of materials and construction. The oeuvre of Nel Haringa and Fred Olijve is clear, perceivable and process-oriented and as such it holds a strong objective “democratic” component. A quality that connects them to the principles of modern art but also of a kind that goes beyond retrospection. Theirs is an investigative artistry, calculated but never chilly, that ties abstraction to emotion. They create autonomous art which is heavily influenced by architecture and architectural structures.

Their material of choice is a combination of steel, wood, stone and acrylic glass. Since the late seventies they have been creating their renowned acrylic glass cubes, which are worlds of their own. On the one hand the cubes are shut off from their surroundings, on the other hand they communicate intensely with their environment.

The work from Haringa + Olijve has been exhibited at important national and international platforms such as PAN Amsterdam, KunstRAI and Art Cologne and numerous other European art fairs. Their work is part of private and public collections including the Stedelijk Museum Amsterdam, Drents Museum Assen, Museum Van Lien Fijnaart, Collection Fuchs-Hauser, Collection Schönfeld and many more. 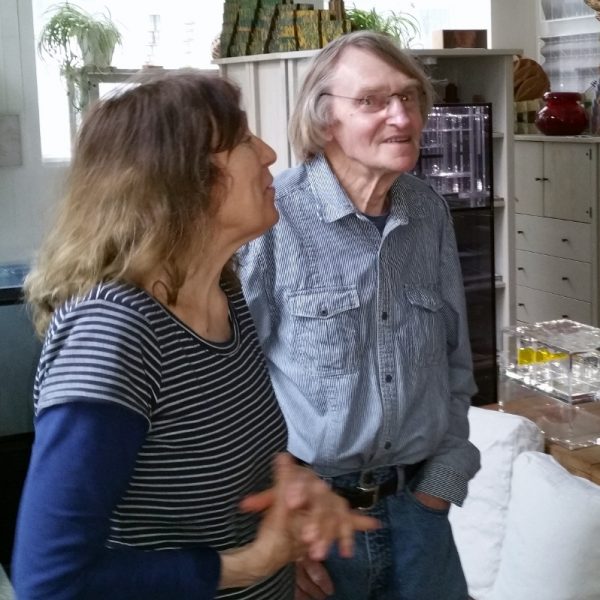 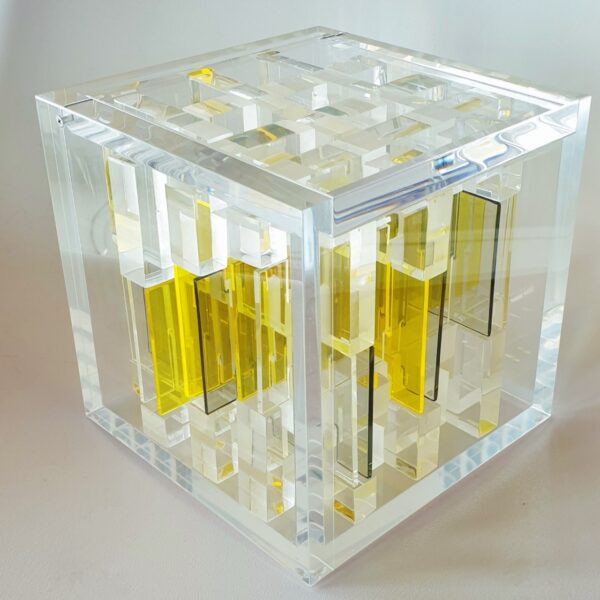 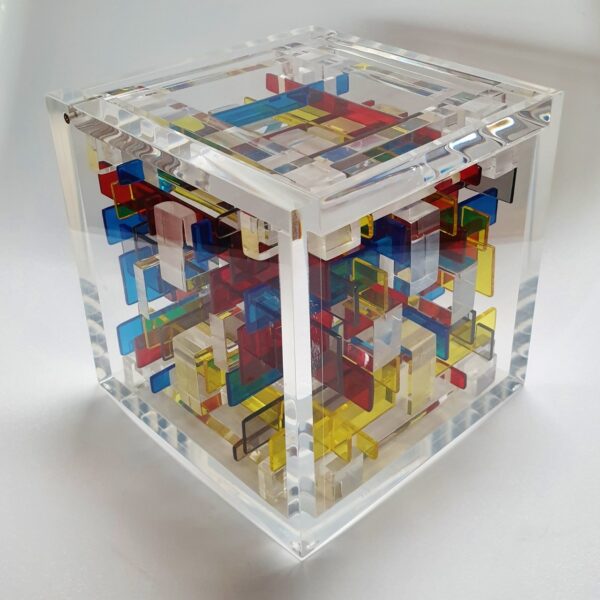 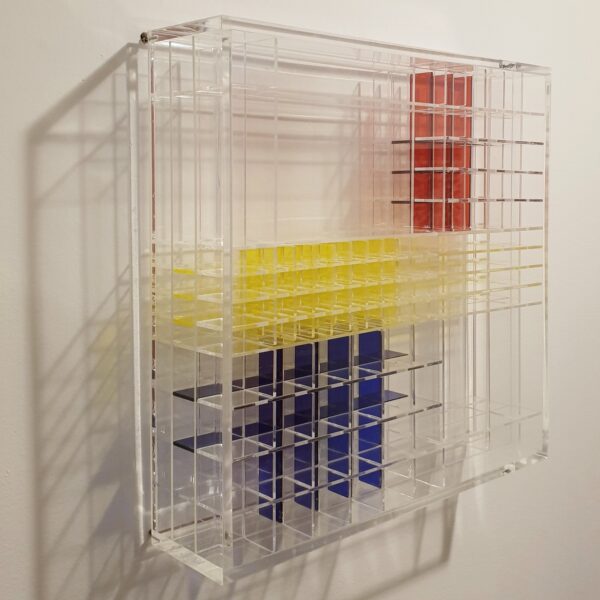 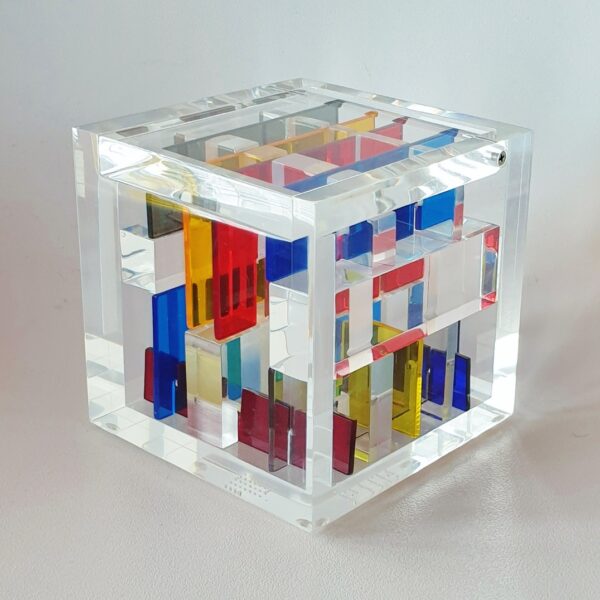 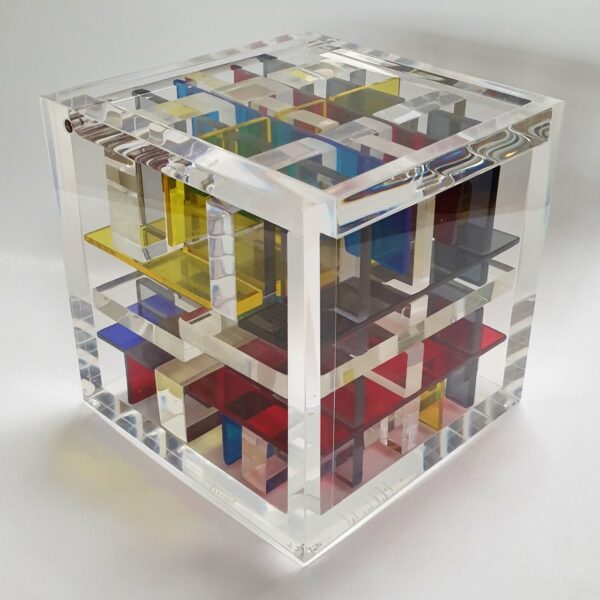 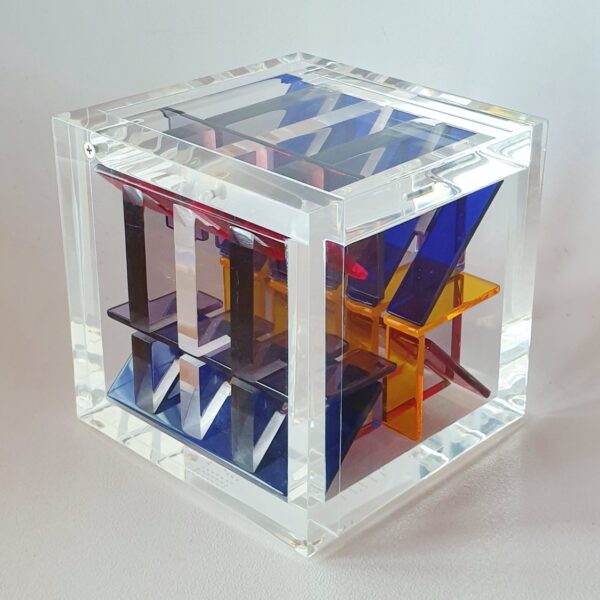 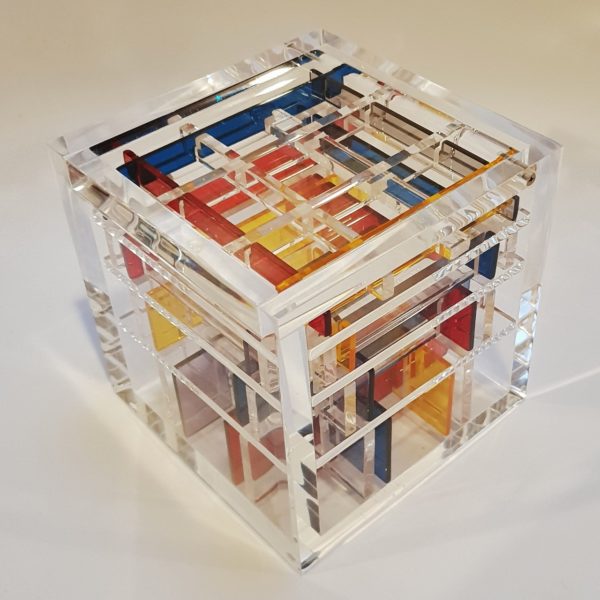 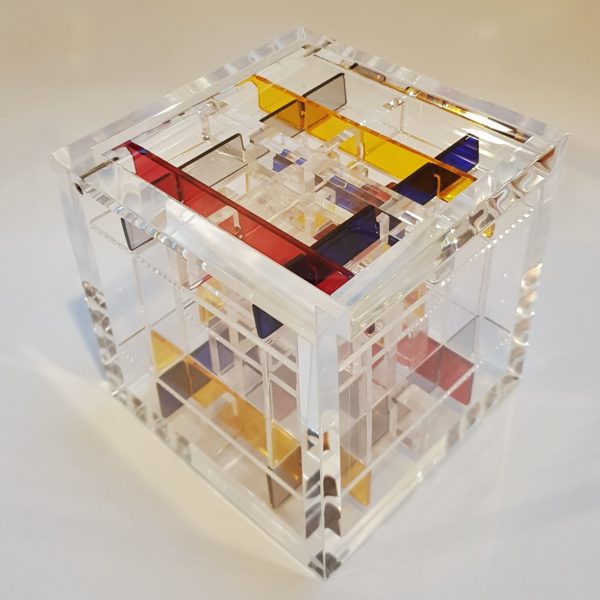 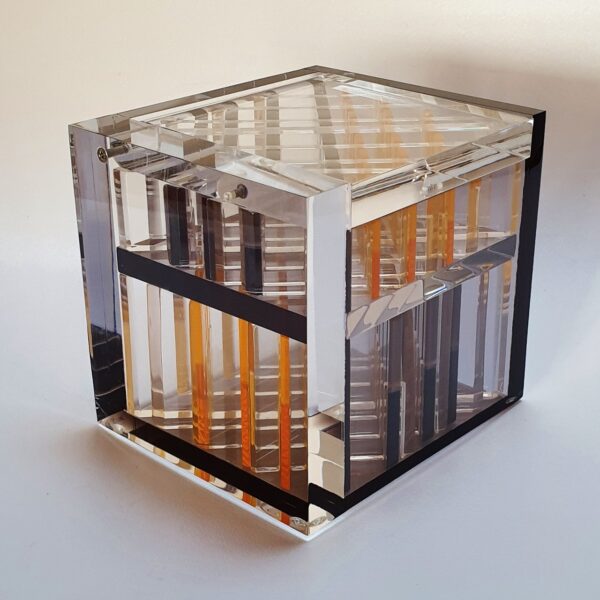 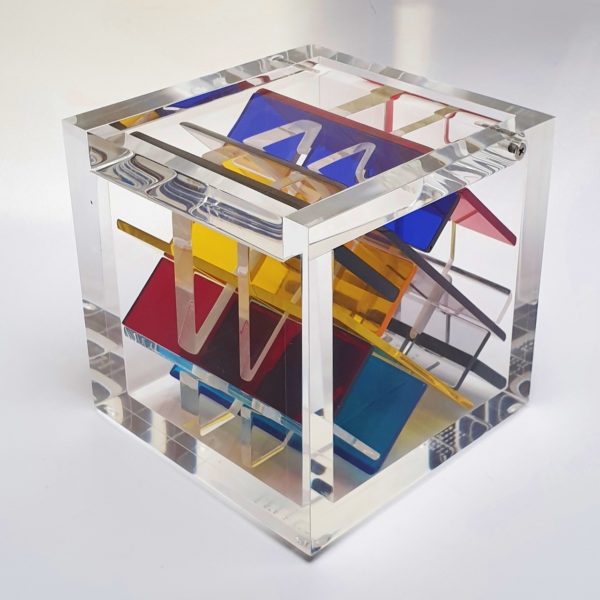 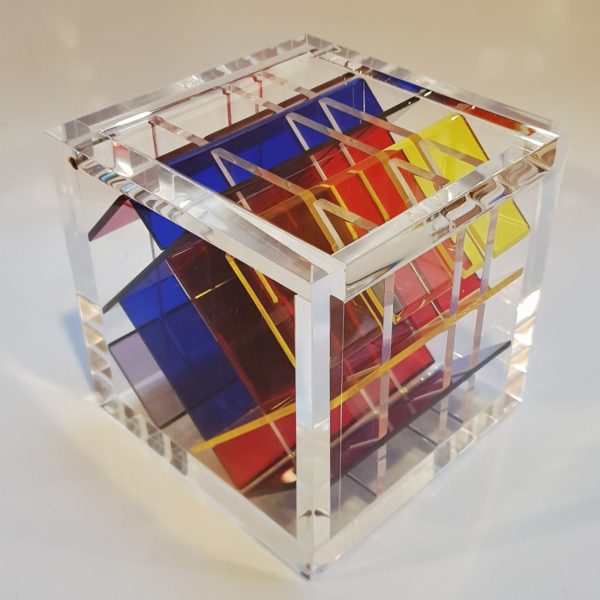 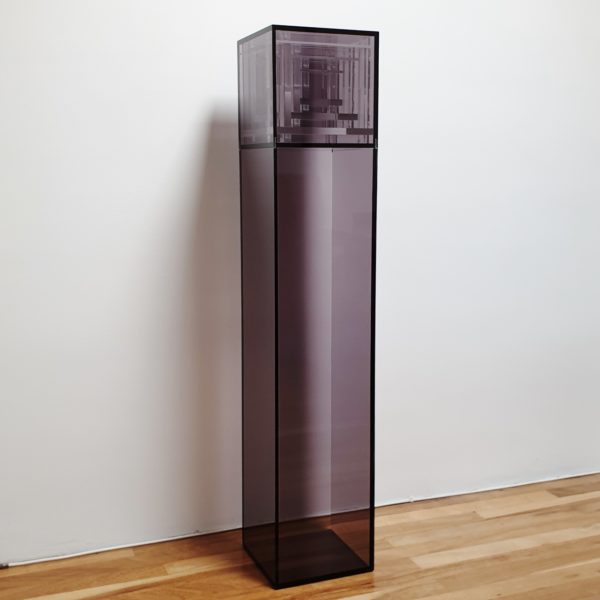 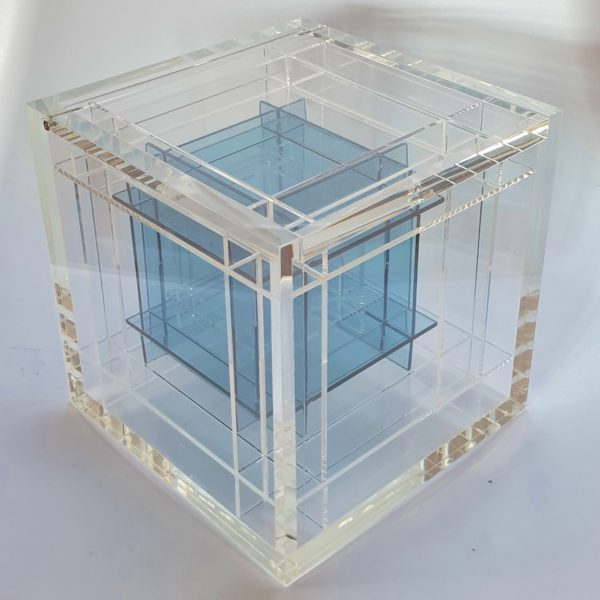 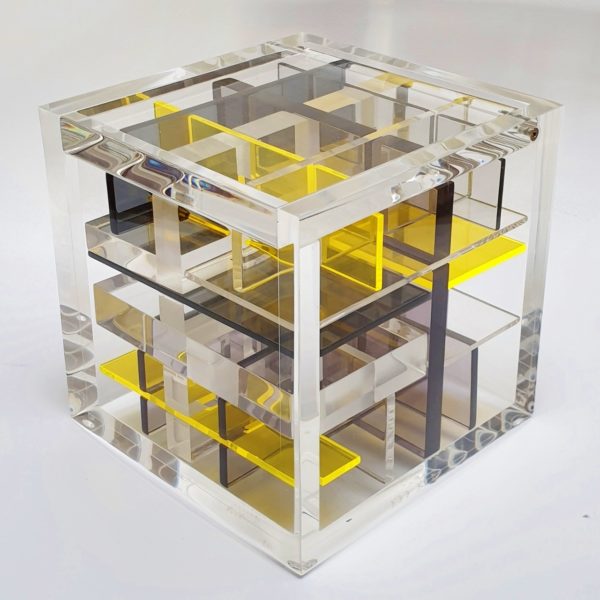 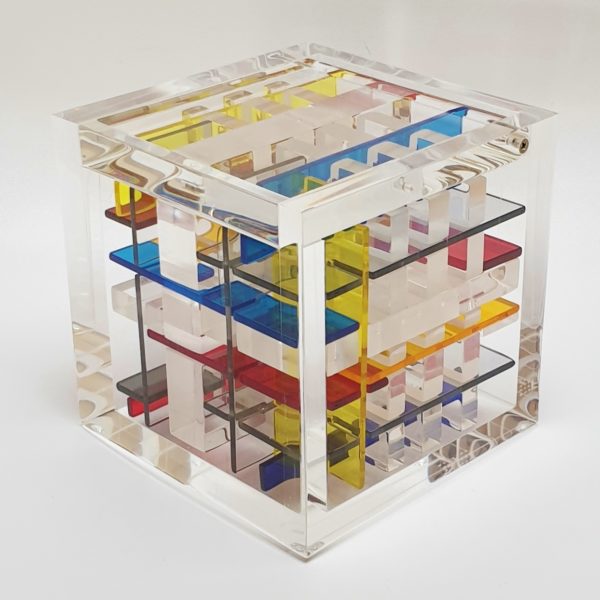 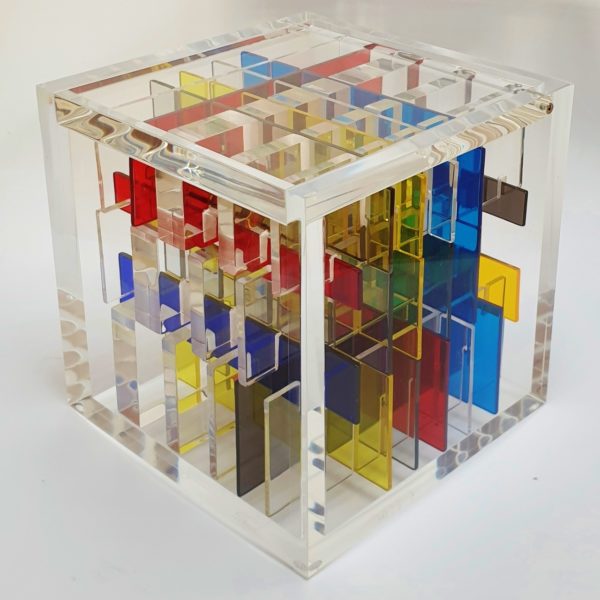 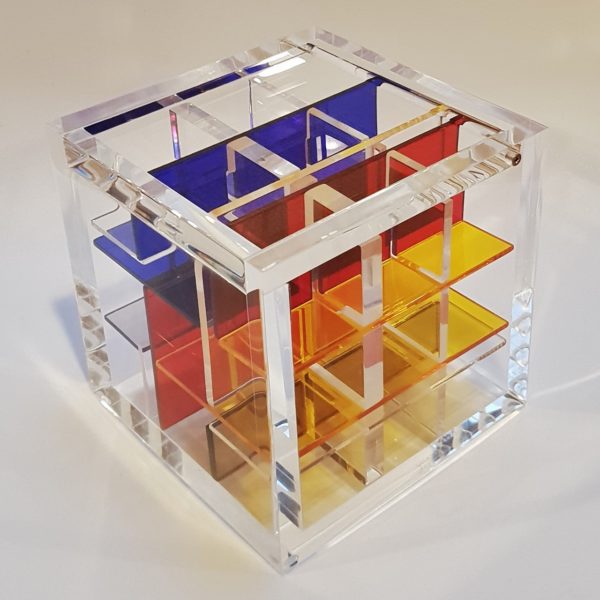 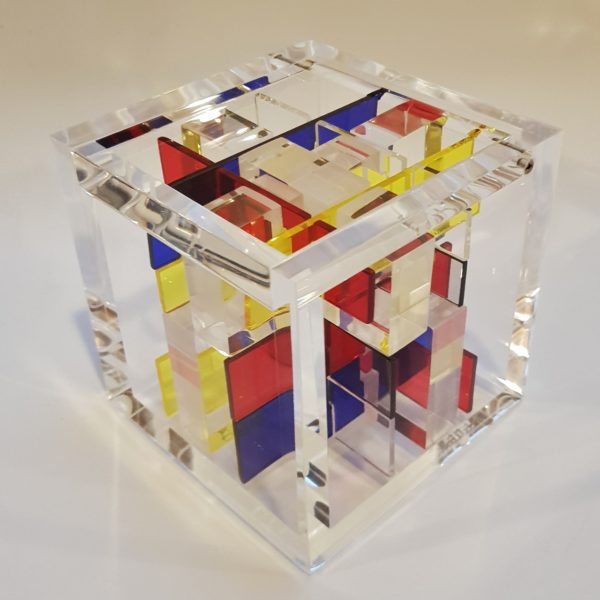 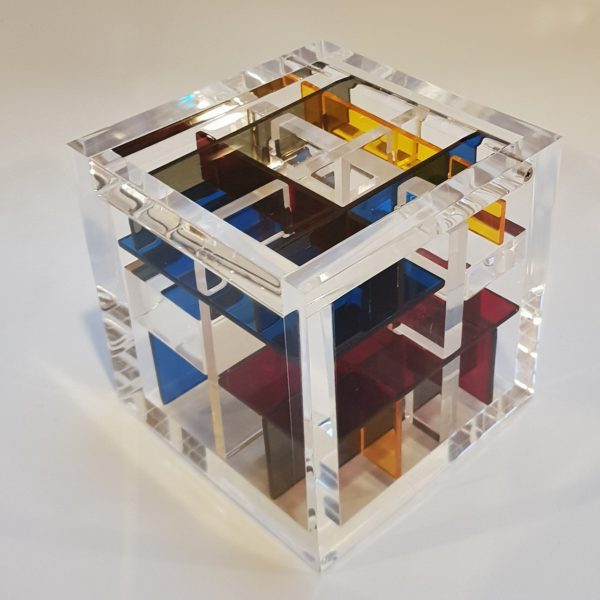