The gallery annually shows selections from its portfolio at art fairs in Europe and the United States. A few times a year also group and solo exhibitions are being held. Since its inception in 2009 the gallery is based in a 1963 modernist architecture house located in a forest on the outskirts of Doetinchem – a city in the east part of The Netherlands – halfway between Amsterdam and Dusseldorf, Germany.

Gallery40NL was originally established as Galerie NUMMER40 by Jeroen and Lea Krak as a next step in their love for contemporary art. An industrial businessman and OR nurse by original profession, their interest in contemporary art started in the 90s. Around the turn of the millennium their attention was more specifically drawn to Scandinavian studio glass. Years later, during a holiday trip to the USA, they came across the remarkable geometrically patterned ceramic vessels of Michael Wisner from Colorado.

Not very long after, during a business trip to Australia, Jeroen accidentally met with Hilary Crawford at the JamFactory Glass Studios in Adelaide and got to know her unique murrine glass objects. This, and the earlier discovered ceramics in the USA, triggered the idea to share the works from these artists with other Dutch art collectors.

Their home since 2003, the 1963 modernist architecture house they live in provided the perfect environment to present the admired minimalist glass and ceramic objects. The house was originally designed and built for his own family by local architect Alexander Giesen who was greatly inspired by the famous Dutch architect and designer Gerrit Rietveld. The ground plan as well as many constructive details of the house are still almost completely intact and show the essence of the functionalism principles from that period.

In 2009 Galerie NUMMER40 was started – as a serious hobby – named after the big number 40 that is showing on the front facade of the house since many decades. The first few years the gallery introduced a number of emerging Australian glass artists and American ceramic artists to Dutch art lovers.

Since 2013, Jeroen is running the gallery fulltime, changing it from a serious hobby to an even more serious job. Since then, the gallery has been specializing more generally in contemporary art from emerging and established artists from The Netherlands, Europe and North America. As a result, the Australian glass art portfolio has not been developped further. Today, the gallery actively represents around twenty artists. In 2018 the gallery name was changed into Gallery40NL, reflecting the more international focus and at the same time recognizing its heritage. 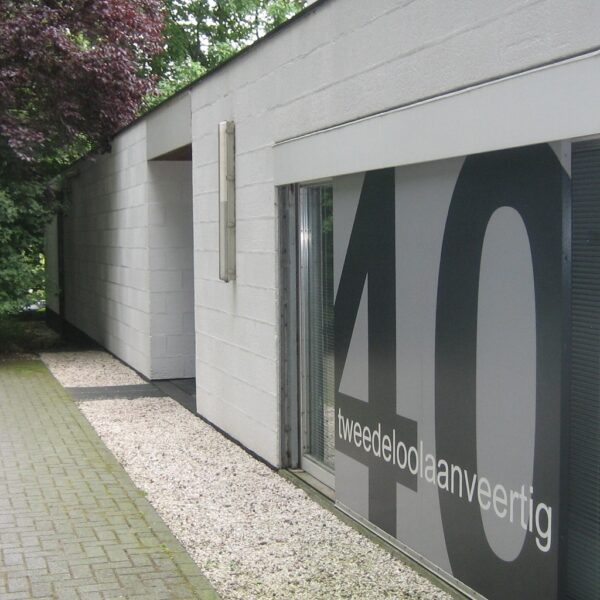