Hedy Hempe (1968, The Netherlands) is a visual and performance artist following a career as a cultural journalist. For her, art has become the most natural way to express herself. Through visual art, poems and music/dance she expresses the existence of human thinking and being and the beauty of nature and life. She loves to create art using natural materials, it inspires her to find new structures and constructions for 3D-artwork and objects. Additionally, writing is a way to organize her thoughts and to articulate her philosophy and music has broadened her perception of space, time and structures.

Her eggshell paintings are spatial collages of goose eggshells, arranged in a mathematical structure. Her preferred colour scheme is white on white. Natural light and eggshells create shadow effects, which makes the image graphic and dynamic. If the degree and direction of the incidence of light changes, the appearance also changes. The kinetic effect is an interplay between three-dimensionality, geometry and light. What amazes the viewer is the beauty of fragility and virginity, the magic light and shadow of and at the same time the simplicity of the materials.

Since 2004 Hedy Hempe has exhibited her landscape art, sculptures and eggshell paintings predominantly in The Netherlands and was awarded various commissions for public space sculptures. Since a few years, in particular her eggshell paintings are also attracting special interest from the American Mathematical Society and the international Bridges Organization fostering research, practice and new interest in mathematical connections to art, music, architecture, education and culture. 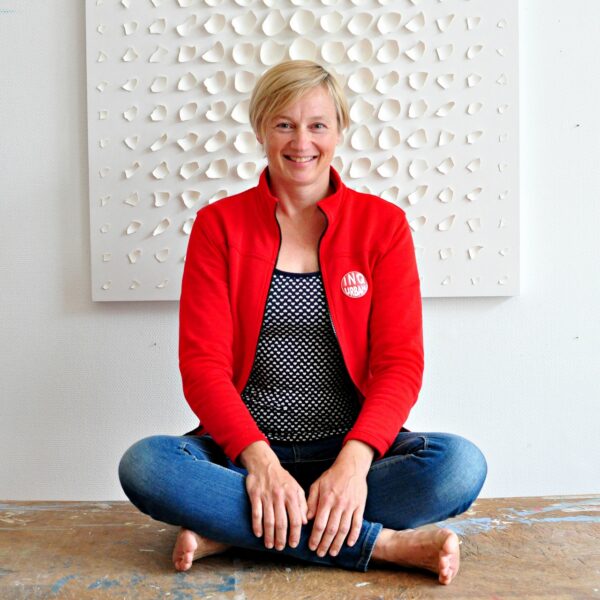 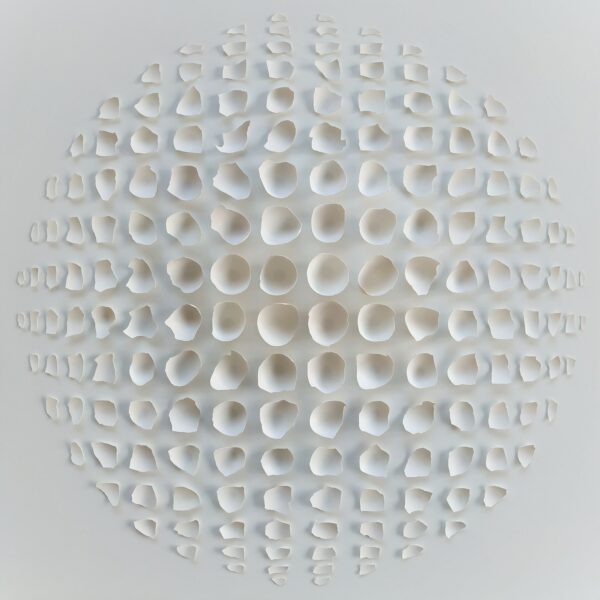 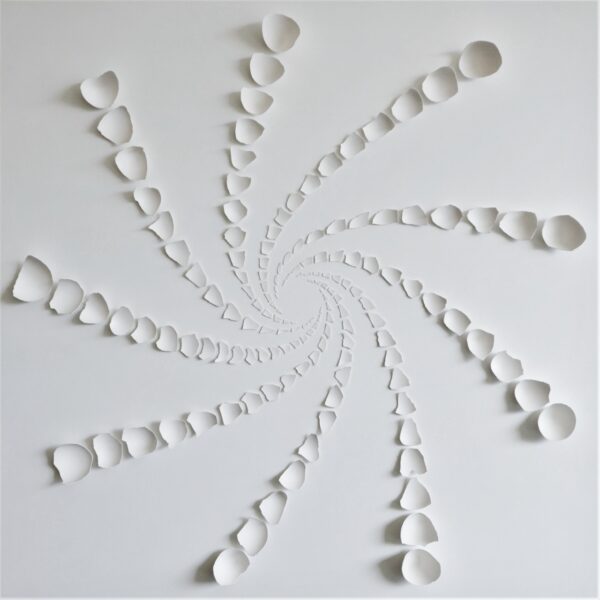