Rogan Brown (1966, UK) graduated with a BA and MA in literature and literary and cultural theory from London University before pursuing at a later age a full time career as a visual artist. Today he works from his studio in Les Cevennes National Park in the Languedoc-Roussillon region of France.

His work is inspired by the tradition of scientific illustration and model making; detailed observational drawings based on patterns and motifs found in nature are transformed into incredibly detailed, delicate relief sculptures made from layer upon layer of either hand or laser cut paper. Paper is his medium of choice because it captures perfectly that mixture of delicacy and durability that characterizes the natural world. Despite the origin of his inspiration nothing he makes comes directly from nature. Everything is transformed through the imagination and therefore bears the imprint of the artist’s subjectivity.

Some of Rogan’s work is sliced meticulously by hand using a scalpel. Others are also cut using a laser. The end result is a fragile paper sculpture that borrows from what we can see as well as the artistic imagination. Making multiple visual references – vegetal forms, cells, microbes, fossils, insects, cloud formations, the organs and orifices of the human body – his work seeks to transform the real into the surreal creating sculptures of strange unreal beauty.

Winner of Best Installation award in 2013’s and Emerging Artist of the Year award in 2014’s UK National Open Art competition and in awarded first place in the Sculpture- Installation category of the Florence-Shanghai Prize in 2014, Rogan Brown has exhibited internationally in Europe, China and most recently the USA. In 2014 he was furthermore published in “Postdigital Artisans” a book that brings together a group of international artists, designers and architects who are returning to simple materials in order to create a “physically immersive experience”. 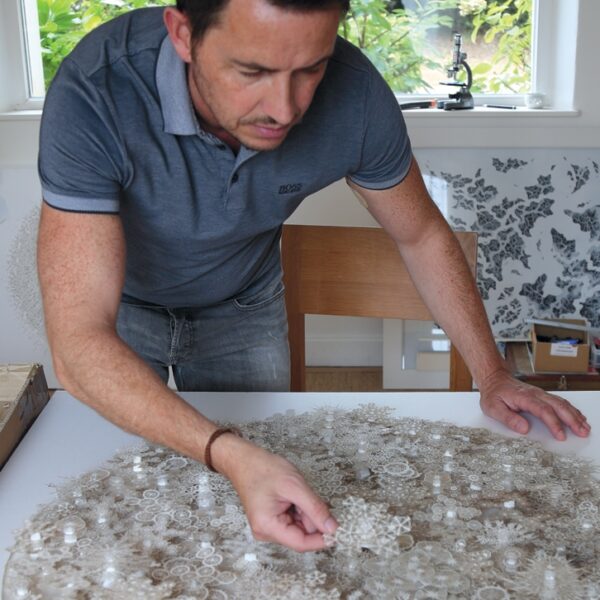 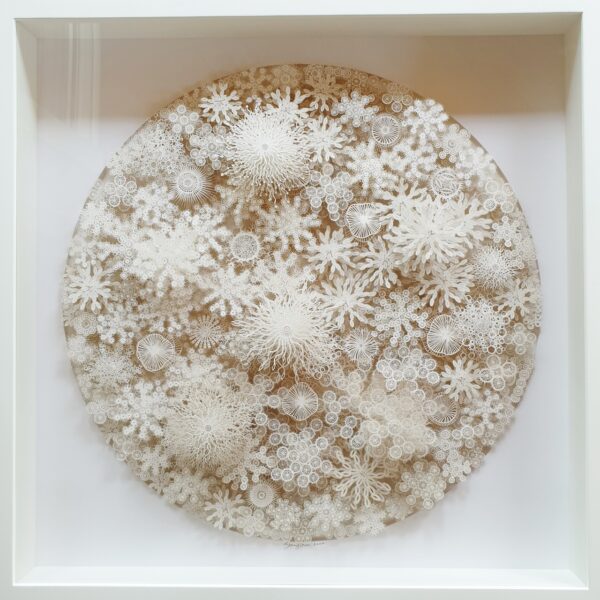 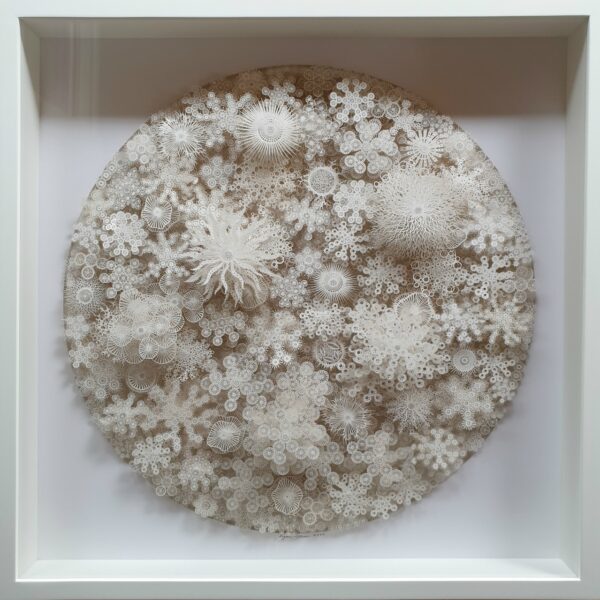 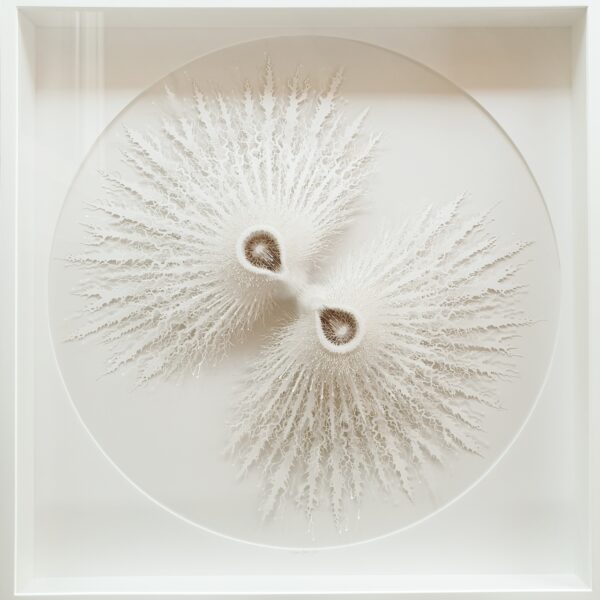